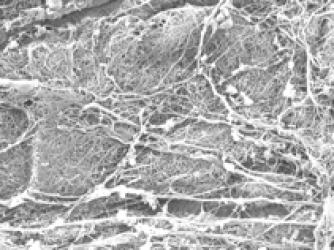 The extracellular matrix (ECM) is the protein rich system that induces cellular behavior in response to microenvironmental cues. In disease models of sepsis, cancer metastasis, and lung disease, we understand that a provisional ECM is created in the affected tissue, altering matrix driven signals and subsequent cell activity in response to the newly modified microenvironment. Through the development of polymer based ECM mimetics, we can dissect the role of individual bioactive domains within each ECM protein to elucidate the changes in cellular behavior that can be attributed to cell-ECM binding interactions. Further, we can identify individual functional domains within proteins that will contribute to the control of leukocyte adhesion, migration, oxidant generation, differentiation and survival in inflammatory disorders. Our findings can be translated directly to therapeutic treatments for wound healing, chronic infection and the formation of provisional matrices in cancer metastasis. 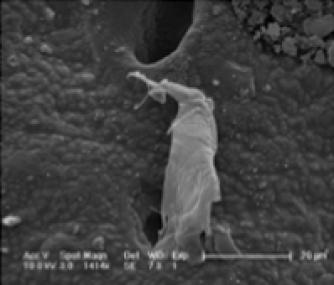 Additionally, our interest in inflammatory disorders has led us to investigate the potential role of the vascular pericyte layer as regulatory component of the microvasculature in inflammatory conditions. Our research indicates that the anti-inflammatory properties of the pericyte layer are a result of both protein deposition (functioning as a physical barrier to neutrophils and influencing endothelial cell behavior through bioactive domains) and paracrine signaling (altering endothelial cell function and reducing the contributions of endothelial cell pro-inflammatory cytokines). As current treatments against a variety of diseases are highly centralized on the prevention of inflammation and its damaging effects, elucidating the role of anti-inflammatory contributors during an inflammatory response could undoubtedly translate to the development and improvement of therapeutic treatments. In addition, we can gain a better understanding of the role of pericytes in these complex diseases by engineering models that allow us to study how these cells interact with their environment and neighboring cells.

Finally, we have been able to translate our research to other disease models such as stroke. Stroke is among the leading causes of disability in the United States. By developing 3D cell culture systems, we are able to observe how various cells types in the brain play a role in responding to brain injury and maintaining homeostasis. The use of mimetic hydrogel systems allows us to incorporate peptides and proteins to our engineered scaffolds in order to re-create these systems.